PORTLAND, Ore. (Feb., 2011) – Residents at West Hills Village Senior Residence are enthusiastic about Hearts for Hunger, a new program created to support the Oregon Food Bank. Governor Victor Atiyeh, who launched the food bank in the 1980s, invites the public, including visitors and residents’ families, to donate a nonperishable food item at West Hills Village, located just west of Multnomah Village. West Hills Village is now an official collection and distribution site for the food bank.

Oregon became the first state in the country to collect, store and distribute food to the needy statewide. When Governor Victor Atiyeh spoke at the West Hills Village Grand Re-Opening last fall, the senior living community collected and donated food items to the Oregon Food Bank. Darrin Buckner, executive director of West Hills Village and a regular volunteer at the food bank himself, was inspired to start the Hearts for Hunger program.

“It makes sense for our community and our residents to get involved,” said Buckner. “We are located in a wider Portland neighborhood where people are able to donate food, and our residents are proud that they can participate all year long. The lobby drop-off site is convenient for them, and the program is a way to keep giving back to the community. Governor Atiyeh continues to support the food bank’s mission and we are honored to work with him as a spokesperson for Hearts for Hunger.”

Governor Atiyeh remains a strong advocate to help people achieve independence and as an older adult, he believes in the power of purpose for seniors. “The Oregon Food Bank and Hearts for Hunger support those in need during a time in their life when they need to pause and figure out what their next step will be,” said Governor Atiyeh. “I [also] have a respect for retired seniors. People are individuals, which is why I voted against the mandatory retirement bill. I thought it just was wrong to throw away expertise and knowledge. I have had several friends and family members who needed socialization and nutrition and have flourished both physically and mentally by being around other people in senior residences.”

Louise Schneider, a West Hills Village resident, is the Hearts for Hunger Resident Liaison. “I have always enjoyed volunteering,” she said, “but have never done so with the Oregon Food Bank. I thought that volunteering with Hearts for Hunger sounded like a great way to get involved and help this important organization.”

The Oregon Food Bank serves every county in Oregon, as well as in Clark County, Wash. The need is great. 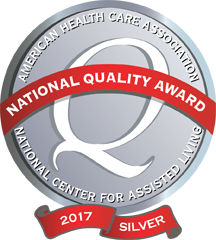